Contribute to the Campaign!

Your Change can Bring Change!

This letter is about eleven very rich white men and one black man, the dirty dozen, who are doing great harm to New Yorkers and particularly those living in New York City. All these men and their companies are big players in the Real Estate Board of New York (REBNY).

If we don't aggressively fight REBNY to counter their greed and diminish REBNY's political dominance over New York politics, the future is gloomy for labor unions, rent stabilization, real affordable housing, small businesses, progressive legislation, expanding social services and any semblance of well being for the 99%. 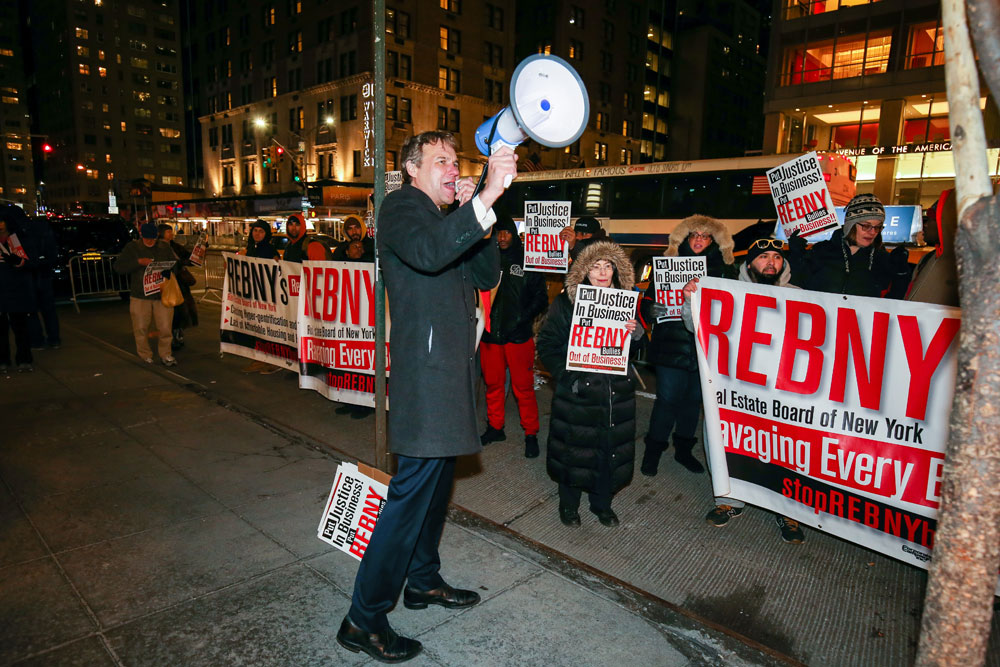 The dirty dozen are:

(10) Slumlord and White House employee Jared Kushner of Kushner Companies who is President Trump's son-in-law married to Ivanka Trump. (Trump International Realty of New York, headed by daughter Ivanka and son Eric, and its employees are also members of REBNY) 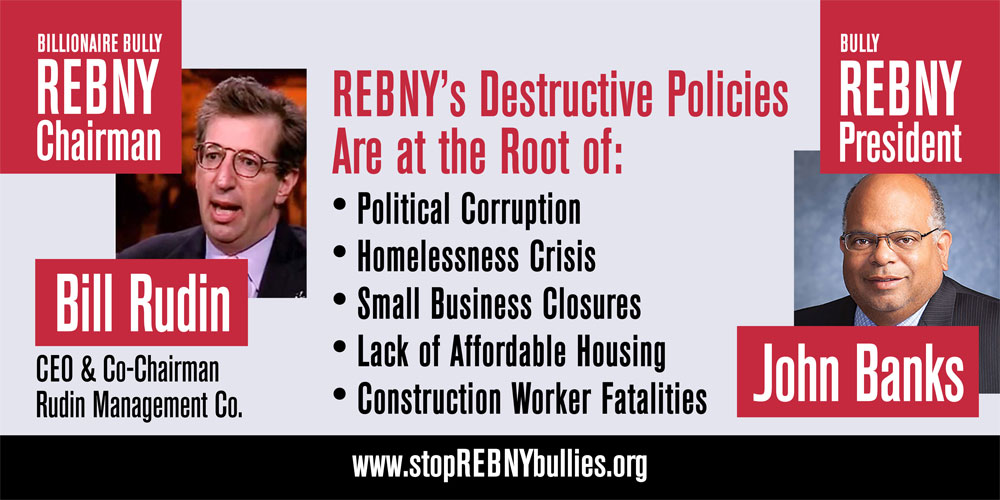 REBNY is the main bankroller of the Independent Democratic Conference (IDC) which allows Republicans to control the NYS Senate and prevent or hinder the progress of legislation that benefits women, workers, tenants, civil rights and the overall health and well-being of the 99%.

REBNY's policies and practices promote 100% open shop on construction jobs and a union-free environment. Members of REBNY's Board of Governors like Stephen Ross (net worth $7.6 billion), Richard LeFrak (net worth $6.3 billion), Jerry and Rob Speyer (net worth $3.9 billion), and David and Jed Walentas (net worth $2.1 billion) think union construction workers are pampered and grossly overpaid! 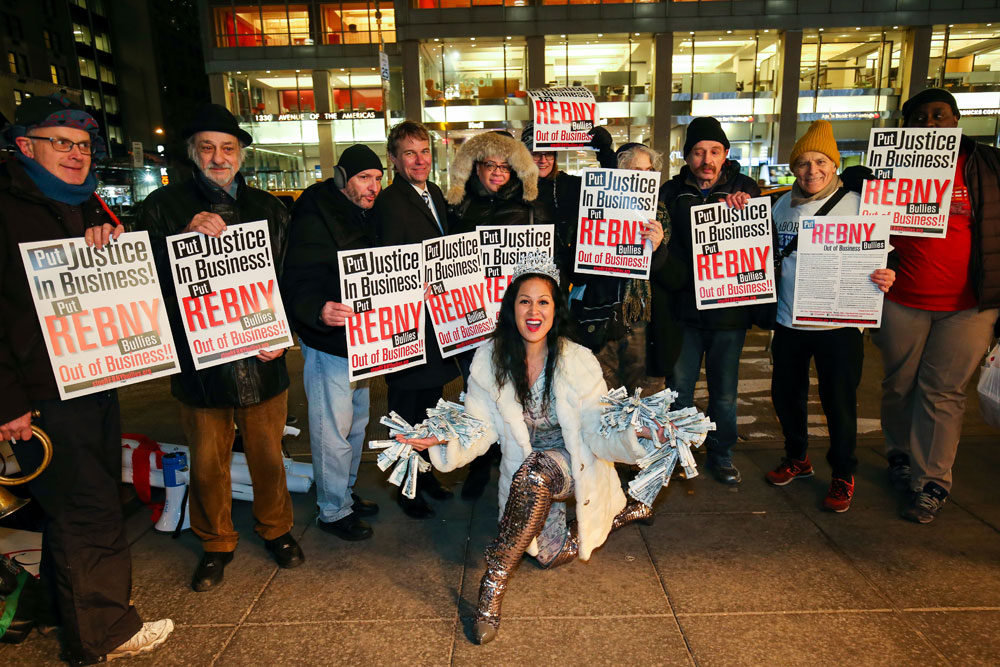 Peter Moskowitz, author of "How To Kill A City: Gentrification, Inequality, and The Fight for The Neighborhood" asks these questions: Why does New York's tax code tax a $100 million apartment in one of these new super-tall glass buildings as if it were worth $3 million or $4 million? Why was a good vegetarian Chinese restaurant allowed to be forced out of business when its rent was raised from $5000 to $25,000 a month? Why was St. Vincent's Hospital closed down to make room for a condo development that now takes up the entire block and where apartments go for $20 million?

Let's put REBNY as we know it today out of business so we can put justice in business for all New Yorkers!

Please contribute to the Campaign to Stop REBNY Bullies: